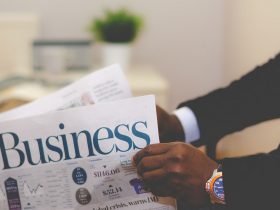 The peso continued to weaken against the dollar Friday on lingering inflation concerns after the central bank raised its medium-term projections for inflation.

The peso closed at P50.65 against its P50.34 finish on Thursday, according to the Bankers Association of the Philippines.

During its policy-setting meeting Thursday, the BSP raised its inflation outlook for the year to 4.4% from 4.1% previously as supply issues continue to push food prices higher. This took it beyond the 2-4% target of the central bank for 2021.

Headline inflation rose to 4.9% in August from 4% in July, its highest level in more than two years, to bring the eight-month average to 4.4%.

The Fed said Wednesday it could begin the “taper” if jobs data remain strong, Reuters reported.

Interest rate hikes may also begin next year once the bond-buying program ends, as nine of 18 Fed policymakers believe borrowing costs have to increase in 2022.

“The peso also (ended) weaker as the dollar was near one-month highs after some global safe haven shifts to the US currency in recent days (as) concerns over China Evergrande led to some profit-taking in the global financial markets,” Mr. Ricafort added. – Beatrice M. Laforga